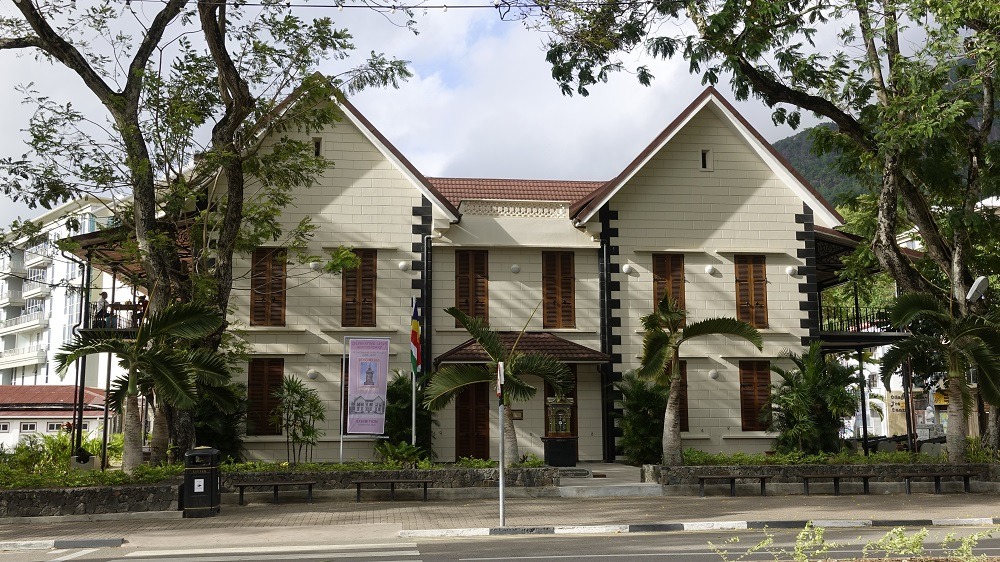 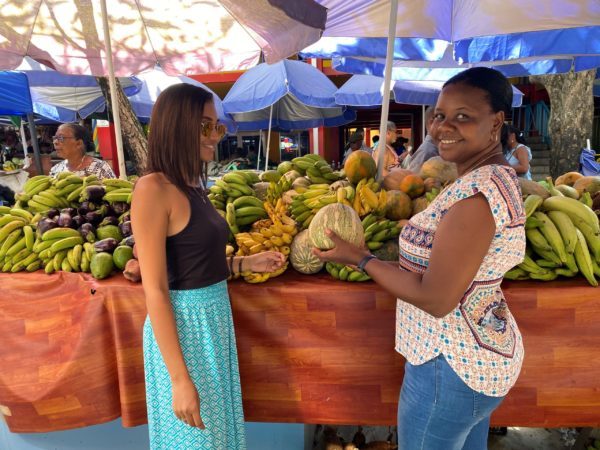 Victoria is one of the world’s smallest capital. Below are the top attractions in Victoria, Seychelles worthwhile visiting.

The Victoria Clock Tower is in the center of Seychelles capital. For over 100 years the Clock Tower has been an eye-catching monument in the Seychelles. It is often referred to as a mini Big Ben. The Clock Tower is a replica of the one that was first erected in London in 1897. This is located at the junction of Victoria Street and Vauxhall Bridge Road, near Victoria Station. In Seychelles the clock was placed in 1903, the same year that Seychelles celebrated its new status as a crown colony. When the former Seychelles governor Sir Ernest Sweet-Escott visited London, he ordered a similar clock for Seychelles. This was as a memorial to Queen Victoria who died in 1901 after a reign of over 63 years.

‘Sir Selwyn Selwyn Clarke Market’ in Victoria  is named after the first Seychelles French Governor. The market is very colorful with fresh fruits, vegetables, fish and local spices. It is the perfect place to feel the local culture and our way of life. The market is open from Monday to Saturday and is closed on Sundays. It is most vibrant on Saturdays as most locals come and purchase the fresh fruits and vegetables for the weekend. On the first floor above the market, is the ‘Market Bistro’ Restaurant where authentic Creole Food is served. Next to the restaurant there are various local souvenir shops.  One can purchase locally made items such as key rings, soap, Coco de Mer shaped fridge magnets etc.

The Immaculate Conception Cathedral is one of the first churches built in Seychelles. It is the mother Church of the Catholic Diocese. Bishop Felix Paul was the first and only Seychellois bishop. He passed away on November 21st 2001 and is buried in a tomb built in the cathedral flooring. Father Leon of Avanchers build the first vault in 1851.

Domus was built in 1934 to house the Swiss missionaries ministering to the Diocese of Port Victoria. The magnificent two-storey granite rock building even contains an aqueduct that supplies it with water from a nearby artesian well. It was an outstanding architectural achievement of its time. Today it is mostly used as administrative and meeting offices.

Near the clock tower is the St. Paul’s Cathedral of the Diocese and the Anglican Parish Church of Victoria. It was consecrated on 14 May 1859 by the Bishop of Mauritius Vincent William. The Cathedral is one of the famous landmarks on Mahe as it was used as a shelter during the historical 1862 Victoria avalanche. During the landslide about 12 people got buried under the church. Over the years, the building was twice extended. Then in December 1920, St. Paul’s became a Pro-Cathedral, where the Bishop had his second “cathedra” (Bishop’s chair). Also the Diocese’s name changed  to the Diocese of Mauritius and Seychelles. In 2001 it had a complete re-structure and was consecrated on 25th April 2004.

The Arul Mihu Navasakthi Vinayagar Temple is the only Hindu Temple in Seychelles which dates back to 1992. The Temple is named after the Lord Vinayagar, the Hindu god of safety and prosperity. The temple is colourful and is 2 minutes’ walk away from the main market. Visit of the temple is free and is open during the day.

The Fiennes Esplanade Artisanal Kiosks has a mix of both traditional and modern architecture. It is a perfect example of our colourful blend of cultures which characterizes the Seychellois society. The kiosks displays a variety of souvenir items which visitors can purchase to bring back to their home country.

The Seychelles National History Museum, that is now located in the old courts house building, is the ideal place to learn about the Flora, Fauna and geological history of the Seychelles. The Museum also educates visitors about sustainable development in the Seychelles. You get to learn on how we protect our environment and some of the practices we have implemented in our culture. A visit at the Museum will be worthwhile especially if you are culture driven.

Liberty House is completely built from our granite rocks and is perhaps one of the oldest administrative building in Victoria. Build in the 1940s and formally known as the Queen’s building which in 1977 was renamed the Liberty House. To date it houses the main post office and the Ministry of Finance.

The Old Court House was constructed towards the end of 1890s and was used as the office of the New Oriental Bank. In 1982 the South African Telegraph company also occupied the building.The Magistrate Court used the Old Court House until 1903.

Mr. Pierre Poivre was the ‘intendant’ of France and Bourbon. To pay tribute to him, his Bust was erected just outside the Old Court House in 1972. He never came to Seychelles but in 1772 he introduced the famous cinnamon and other spices to Seychelles.

The Queen’s Diamond Jubilee Fountain is also at the Old Court House and it was built to commemorate the 50 years reign of Queen Victoria. Legends say that it is the smallest statue of the Queen Victoria in the world.

Freedom Square is a field located in central Victoria. It was originally named as ‘Gordon Square’ and it was formed during the devastating 1862 landslide. The name got changed after it started being used for political rallies. It got its  original name from Major-General Charles George Gordon also known as General of Khartoum. Major-General Gordon was a British Army Officer who got fame for his victory of the battle of Khartoum in Sudan in 1885.